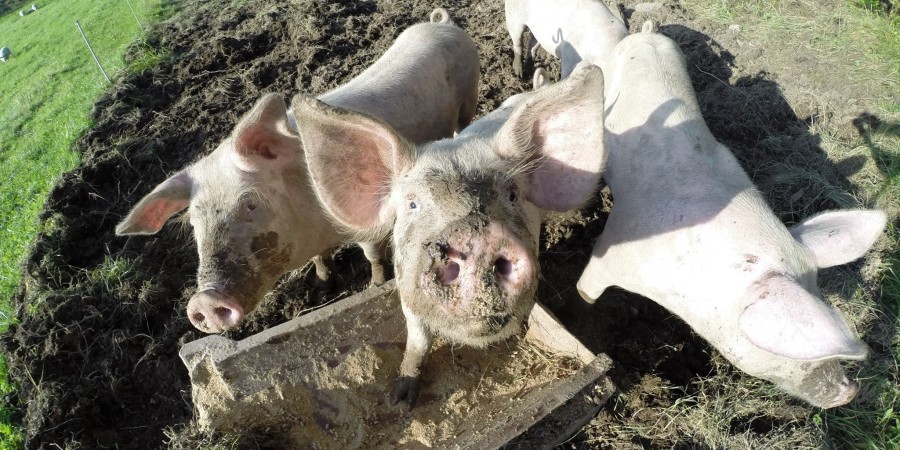 Here is a family portrait of Emil, Julieta and their daughter, Lisbeth. These cows belong to an old traditional Norwegian breed, the Østlandsk Rødkolle (Red Polled Østland Cattle). In 2001, there were approximately 100 specimens left, a program has since been instated to ensure the continuation of the breed. While the numbers are still low, the population has risen to approximately 200 specimens and the future looks promising.

We have 23 egg laying hens which we have adopted from a neighbouring egg farm. They came to us a little wibbly wobbly, but with that extra leg room, some fresh air and a little TLC, they have been clucking away happily, giving us nice, fresh eggs everyday!

Of course, we cannot forget the man of the coop, Blazer! Isn’t he a handsome fellow?

We have a total of twenty-three sheep, eight proud mothers and fifteen baby lambs. Around 19h00 or 20h00, the baby lamb can often be seen running around, playing and jumping, a show worth watching! 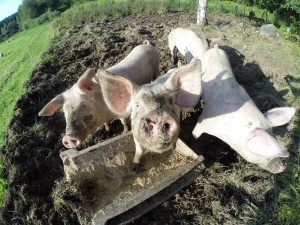 We have fore pigs, Josefine, Pepper, Flower and Bacon. They are living ourside, happy and free. 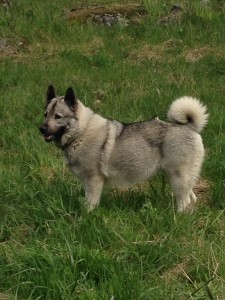 The dog Fia is a Norsk elghund grå. She is inteligent, looking after all the animals on the farm. In the autum time she is hunting with Egil 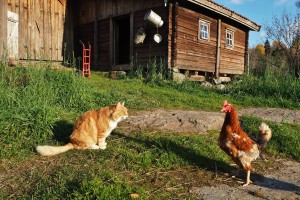 Rødpus is a farm cat, he is a good musehunter.